The office asked Jennifer anything they wanted via Slack — these are her answers! 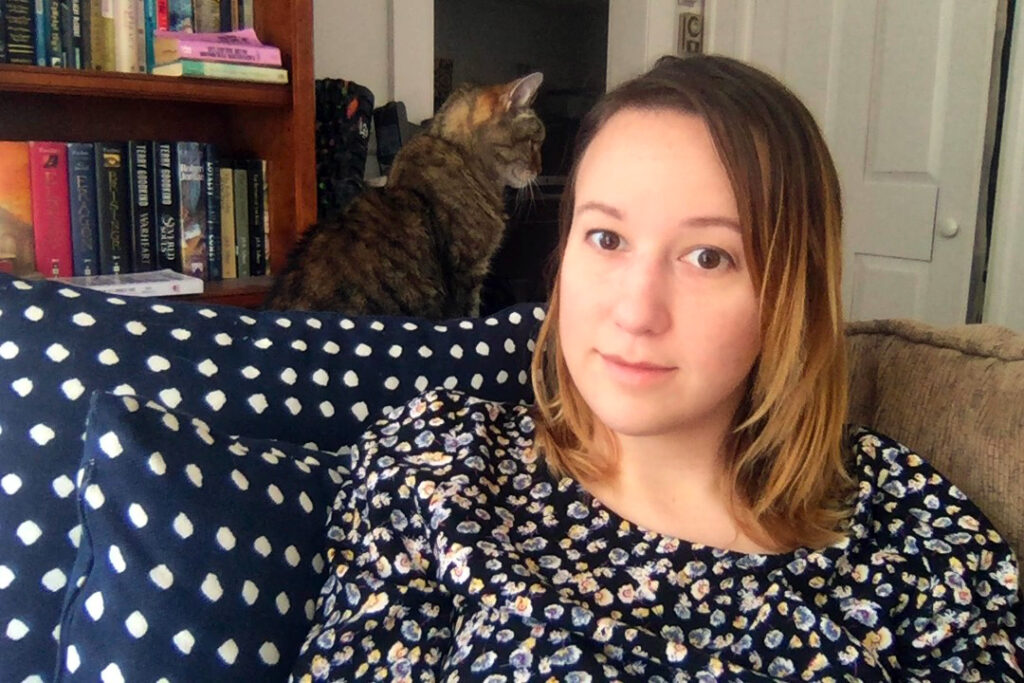 What did you want to be when you grew up?

A lot of things. Before I even knew the term, I wanted to be an archaeologist. I would still love to do that! I also wanted to be a singer, a modern dancer, a painter, a veterinarian, and a geologist.

This one is probably the toughest for me because I don’t feel like just one song is enough, but if I had to pick just one, it would be Landslide by Fleetwood Mac.

If you could travel anywhere in the world, where would you go and why?

What’s the most adventurous thing you have done?

Hard to say because it can be a bit subjective. I haven’t done anything particularly crazy, in my opinion. My friend and I got to partake in a university trip to Germany, typically reserved for just business students, but we got “abandoned” at the airport just after we landed in Germany. We had to find our own way to the hotel. Luckily I was the responsible one and brought a copy of the itinerary, so we were able to find our way. It was rather far from the airport too, and we weren’t 100% confident in how to get there. But we had to try, and we got it all right –except for the aufbahn, which we didn’t buy tickets for because we didn’t realize we needed to. Good thing we didn’t get checked! The adventure didn’t stop there though. Throughout the trip, a few people were occasionally accidentally left behind, and the professors shrugged it off saying that they should’ve kept up. So on our last day, when we were supposed to be doing a group project for Deutsche Bahn in their headquarters, my friend and I bailed right when everyone scrambled out of the conference room and out to the big staircase so they wouldn’t notice us walking away. We slipped out of the building and spent the day exploring Frankfurt am Mein instead.

Do you have any words you like to live by?

“Be a philosopher; but, amidst all your philosophy, be still a man.” — David Hume

“The worst enemy to creativity is self-doubt.” — Sylvia Plath

If you had to listen to one song on repeat forever, what would it be?

I think I’d rather not be able to listen to music at all. Listening to one song on repeat forever would ruin it for me, and I wouldn’t want to do that to any of my favorites.

I haven’t actually had many plants. I had succulents but most of them died within a couple months. I also like air plants but so far they have all died within a few months as well. The ones I had on my desk are doing well so far, so I’m hoping to see them eventually flower.

What would a world populated with clones of you be like?

Imagine a ball pit filled with dozens of ferrets: some of them sleeping, some eating, probably a few pooping in a corner somewhere, and a whole bunch of them bouncing around like crazy. It would probably look like that, ideally.

What’s the most interesting or fun abandoned place you’ve explored?

Believe it or not, I actually haven’t explored a ton of abandoned places. So far, none have really topped the first place: an abandoned 2 story house nestled in the woods back home in Rhode Island. What captivated me was the state of the house, because while there was some typical damage that comes with being uninhabited for ~6 years, it was still in remarkable condition. There were still things in the kitchen cabinets, books on shelves, and still some furniture around. In every room there were boxes and bins, all of them packed up as if the resident(s) were in the process of moving. In the first room we entered, we found a dozen or so rough paintings, sketches, and a pristine wicker chair. In what I assume was the living room was a disheveled sofa and chair, a TV, and boxes filled with old books. Upstairs there were several bedrooms, and in one of them I found a stack of pictures, journals, and costume jewelry that turned out to belong to a girl I had gone to school with. We found a birth certificate, a master bedroom painted bright pink, and a piano in the attic that still played. Also in the attic was a handful of old bookkeeping records from 80-100 years ago, a couple bookshelves filled with books a century old, and a trunk filled with old clothing.

What do you love about CSS?

Talented artists build their technique as they grow into their art, whether the medium is pencil, paint, words, clay, etc. They develop a signature style, and it grows and adapts over time. CSS is, in a way, art that people experience, but they don’t realize it. I get to use CSS to help people have a good experience on the web. CSS is my medium, and I love it because it helps me help others, and I like making things that help people.

Looking back, name a pivotal action or choice that you made in you life that you’re proud of and inspired growth.

Choosing to believe there had to be more to life than what I was experiencing by going to therapy and overcoming pieces of my past that were holding me back.

If you could spend a day doing anything, anywhere, with anyone what would you choose? What’s a perfect day look like?

Adventures with friends. I like exploring things, especially places with history, and learning about them. And I would do this with friends, because I enjoy sharing experiences with other people.

Do you like to be a passenger or take the wheel?

Both, I like taking turns. You can learn more about people and the world around you if you let others take the wheel sometimes and see what they do.

I’ve never considered any one “dream” project. Anything that involves helping people, improving lives, and bringing people closer together.

Ask Me Anything:
Logan Galla